NAMSA, the Ohio-based medical device testing and consulting firm with a long history in the Twin Cities, is ratcheting up its deal-making following a transaction last year that put the company in new hands.

After fielding inquiries from potential investors over the years, the family that has owned NAMSA since 1967 accepted an offer last fall from European private equity firm ArchiMed to acquire a majority stake in a deal reportedly worth more than $350 million.

The deal was followed by a CEO succession, as Dr. John Gorski stepped down from his 15-year tenure as chief executive to become vice chairman of NAMSA’s board, while ArchiMed’s Dr. Christophe Berthoux became CEO, effective in March. Gorski, and the Gorski family, remain significant minority owners.

Berthoux and Gorski said the deal broadens the clinical research organization’s ability to grow, both organically and through deals like the just-completed acquisition of Coon Rapids’ American Preclinical Services (APS) — NAMSA’s fourth corporate acquisition in the biomedical-rich Twin Cities since 2009.

APS was NAMSA’s second acquisition to close in 2021, following a deal to buy New York clinical research group Syntactx for an undisclosed price. Both APS and Syntactx provide services and consulting to companies looking to get new medical devices approved for sale.

“We have access to capital through our private equity partner, ArchiMed. You’ve seen that we’ve done two acquisitions” in 2021, Berthoux said in an interview in late March. “I think you’re going to see some acceleration … I don’t think the pace will slow down.”

NAMSA belongs to a multi-billion-dollar global industry of clinical research organizations that work behind the scenes in getting new drugs and medical devices approved amid complex and ever-evolving regulatory standards that vary from nation.

NAMSA, which formerly called itself North American Science Associates, Inc., often says it’s the world’s only contract research organization that focuses entirely on the medical device field — hence its presence in Minnesota, home to hundreds of med-tech firms of all sizes. NAMSA has about 400 employees at several locations in the Twin Cities.

The company started out specializing in outsourced “biocompatibility” testing, which means making sure materials that compose a device — whether a contact lens, pacemaker or catheter — won’t create health problems or toxic chemicals when they contact human tissues and fluids.

But NAMSA has grown more complex over the years, as has the health care regulatory landscape in general. Today it offers services including device testing, regulatory and reimbursement consulting and clinical research. Recent blog posts noted changes in regulations on cybersecurity, device approval, and payment rates for new devices.

“When NAMSA was, quote-unquote, just a laboratory, I think we would be with a client for anywhere from 6 months to two years for a single product-development process. That would be the typical timeframe,” Gorski said. “Now our typical engagement with a client could be two, three, four years.”

NAMSA has worked for years with Brooklyn Park-based CVRx, which in 2019 gained U.S. Food and Drug Administration approval for its novel Barostim Neo device that delivers mild electric pulses similar to a pacemaker to treat advanced heart failure. After more than a decade of design and testing (and redesign and retesting), the device was among the first to successfully use the FDA’s “breakthrough device” pathway for accelerated review of novel devices. Nadim Yared, the CEO of CVRx and past chairman of med-tech trade group AdvaMed, became NAMSA’s board chairman in March.

Not every company that hires NAMSA gets its device approved for use.

Kips Bay Medical, a Plymouth-based startup founded in 2007 to design a device to strengthen vein grafts used in heart bypass surgery, wound down operations in 2015 after initial clinical testing found worse patient outcomes with the device, compared to a control group.

NAMSA was the third company acquired by ArchiMed’s $1.2 billion MED Platform I fund, which is targeting mid-sized health care firms where it can buy majority stakes for less than $500 million “in association with existing owners and managers,” the French private equity firm said last year.

ArchiMed Chairman Denis Ribon noted in the announcement that NAMSA works in a “fragmented, fast-growing field bursting with technological innovation. The latter is particularly evident in the area of wearable devices.” 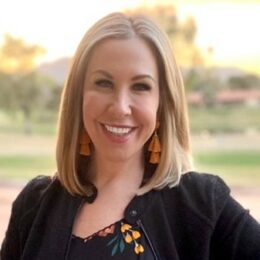 Leah has been with NAMSA since 2016 and currently serves as Senior Manager of Global Marketing Communications. She possesses 20 years' experience within the medical device, healthcare technology and non-profit industries and has worked in various marketing and communications capacities throughout her career. In her role at NAMSA, she is responsible for the development and implementation of brand strategies and marketing communications initiatives that help drive the organization's sales and organizational growth goals globally.