On 23 June 2016, more than 30 million citizens in the United Kingdom (UK) voted in a referendum to determine whether the country should leave or remain part of the European Union (EU) – a political and economic union composed of 28 member states. The vote emerged victorious for the UK to depart the EU, with 51.9 percent of voters ending this 43-year membership.

Article 50 of the Treaty of Lisbon (2009) states that any departing EU member must give official notice to the European Council, be actively involved in the negotiation of the withdrawal and agree to leave within two years of the departure announcement. The UK Prime Minister, Theresa May, triggered Article 50 on 29 March 2017, which requires the UK to negotiate their withdrawal by 20 March 2019.

UK to Maintain Device Regulations During Transition
Attention has now turned to the terms of the UK’s exit and how they will effect policies that have governed Europe as a whole, including those that dominate the medical device industry. In fact, the Medicines and Healthcare products Regulatory Agency (MHRA) – the competent medical device authority in the UK – released a statement quickly following the Brexit vote.  The MHRA’s declaration reiterated that during negotiations, the UK will continue to be a full and active member of the EU, therefore maintaining the associated rights and obligations connected with this membership – or, principally meaning that nothing is to change until the UK officially leaves the EU.

In addition to the MHRA’s statement, the UK government released an announcement indicating a strong desire to maintain a close working partnership as it relates to medical device regulations following the UK’s departure in the interest of both public health and safety.

Europe Hit Deep with Regulatory Changes
The UK’s vote to exit from the EU comes at a time when Europe is full of great change pertaining to the medical device industry, particularly with the introduction of the new EU Medical Device Regulation (MDR), the In Vitro Diagnostic (IVD) regulation and the update to ISO 14155.

In total, these changes will require that approximately 300 standards – developed to support the soon-to-be-outdated EU Medical Device Directive (MDD) – be reviewed and assessed for relevance following the introduction of the new regulations. (The MHRA will continue to prepare for the MDR/IVD/ISO implementation and oversee the integral work that is carried out by the five notified bodies in the UK, who themselves assess the majority of devices currently placed on the EU market.)

Continued Focus on Patient Safety and Public Health
The Parliamentary under UK’s Secretary of State for Health, Lord O’Shaughnessy, addressed the MHRA/BIA conference on 14 July 2017 in London where he outlined the proposed steps to be taken to help shape the future relationship with the EU and some of the aforementioned challenges that may face negotiators.

UK Continues to be Europe’s Leader in Research Funding
The UK itself has advantageous attributes as a leading research partner to Europe. Between 2007 and 2016, 20 percent of all research work carried out by EU health programs took place in the UK and was supported by over £4 billion ($5.3 billion) in funding. The UK also has more than one third of all biotech venture capital firms that are established throughout Europe – more than any other European country.

The UK’s Health Secretary is looking to focus on becoming the world leader in the life sciences industry and has committed £86 million ($113.9 million) in funding to this sector over the course of the next three years. The UK is very keen to continue to be a resource and plans to maintain regulations in an effort to continually be involved in international regulatory forums and to share expertise across borders for the ultimate benefit of patients.

Impact on Medical Device Trade within Europe
It’s also worth noting that medical device regulations are not the only aspect of the industry that will be under negotiation during the UK’s exit. Trade is predicted to be a major talking point over the next two years as the UK government focuses on maintaining zero medical device and medicines tariffs, with device organizations having the freedom to trade within the EU and vice versa (free trade within in the UK for European companies).

Despite all attempts to be a strong partner to Europe, there may be a scenario in which the UK’s negotiations do not succeed. For this possibility, the UK Government has outlined their plans and robust systems to become an even stronger member of the EU. These (potentially) proposed systems intend to focus on patients while also supporting medical device industry growth and development; they also avoid imposing additional bureaucratic burdens on corporations and pledge to work even more with international partners.

Conclusion
In summary, the Brexit negotiation process has only recently gotten underway. The UK remains a full and active member of the European Union until March 2019, and is therefore required to follow the current medical device regulations which are in force.

The future of the medical device industry is somewhat uncertain in the context of Brexit, but it is clear that the UK government is keen on maintaining a close working relationship with European partners.

Ultimately, the goal is to ensure that – irrespective of the UK’s departure terms and outcome –innovation continue to be a strong focus while patients continue to benefit from advances made within the medical device industry.

How can NAMSA Help?
NAMSA’s global regulatory experts welcome the opportunity to discuss with you the potential impact of Brexit, including the new EU IVDR/MDR/ISO regulations.

Contact us at communications@namsa.com, or visit our regulatory consulting webpage here to learn how we can assist your medical device organization with achieving success under the latest regulatory EU landscape. 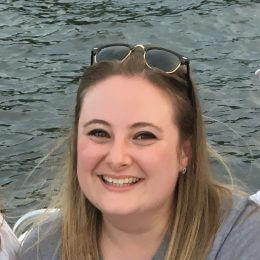 Katie Foskett has served as a Medical Research Associate (MRA) for NAMSA since January 2015. Prior to joining NAMSA, she worked in various clinical and research capacities within the medical device industry. Ms. Foskett’s experience includes managing clinical trials for stents and bone implants, with a heavy focus on clinical studies for device manufacturers within the In Vitro Diagnostics (IVD) and Human Factors spaces.